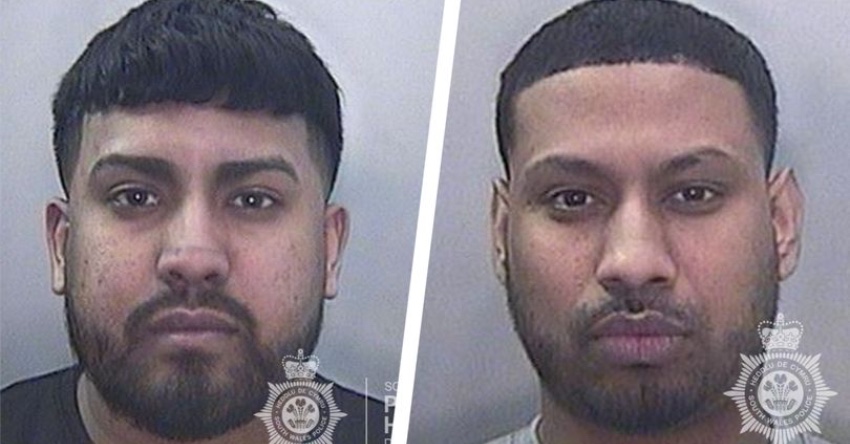 Two men who turned to drug dealing after losing their jobs were caught by police delivering cocaine and ketamine around Cardiff in an old taxi.

According to WalesOnline, Shahid Kahim, 24, and Parvez Uddin, 31, both of Newport, used the taxi to "throw off suspicion" as they drove around the capital with hundreds of bags of Class A drugs in the back.

Roger Griffiths, prosecuting, told the court that at around 4:15pm on March 25 this year, police saw Kahim driving a Vauxhall Insignia along Bedford Street in Cardiff. The vehicle had an appearance of a taxi, with 'Premier Taxis' written on the side along with the company's phone number.

It was later found that the vehicle's licence plates expired in July 2020.

Officers also saw Uddin in the front passenger's seat of the taxi, as the vehicle began to slow down. A male pedestrian then walked up to the car and got into the taxi, which was then driven "between 15 and 20 metres" before stopping. The man who had just entered the vehicle then got out again, before walking away.

The police then pulled the vehicle over and searched it, as well as Uddin and Kahim. The former was found with £110 cash still in his hand, while a "substantial amount" of Class A drugs were discovered in two large bags in the back of the car, Mr Griffiths added.

Uddin was found to be in possession of three mobile phones when searched by police, while Kahim was also carrying one. On these phones were numerous requests relating to the delivery of drugs to various locations that day.

A socket wrench was also discovered in the rear pocket of the passenger seat.

Both men were arrested and their houses were searched. The pedestrian who had been seen entering and exiting the vehicle also confirmed to police that he had bought ketamine from Uddin and Kahim.

The court heard that neither man had any relevant previous convictions and had "taken the wrong course" after losing their jobs and being offered a way to make money.

Both Uddin and Kahim had previously entered guilty pleas and were said to "seriously regret" their decision to become involved in drug dealing.

Sending Kahim and Uddin to prison, Judge Richard Williams said: "You were seen driving around in a vehicle which was noticed to have a licence out of date. It looked like a taxi was commanding a fare but that was not what was happening at all.

"You were using the taxi to deal drugs and throw suspicion off yourselves. This was street level dealing and you were both in it for the money.”

Kahim received reductions to his sentence for his relative youth and good behaviour, as well as 25% credit for his plea, while Uddin was granted one-third credit for pleading guilty at the earliest opportunity.

Both men's sentences will run concurrently to the six month sentence they both received for the offence of possession of ketamine with intent to supply. Both men will serve half of their sentences before being released on licence.