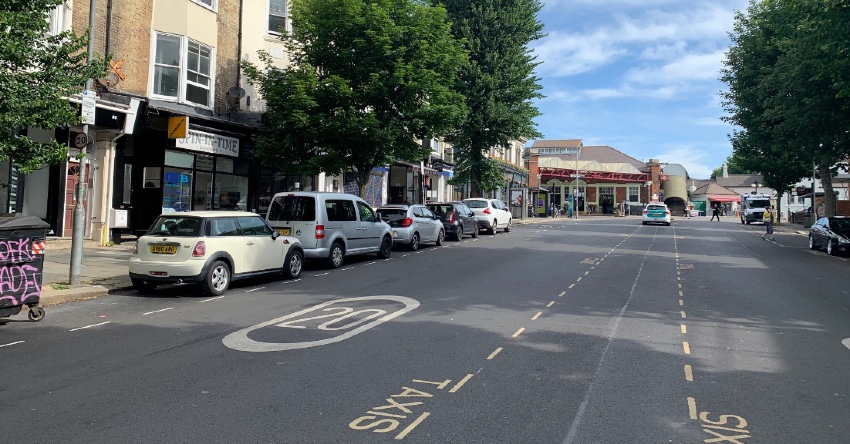 Cabbies have railed against plans to move the longstanding taxi rank outside Hove railway station as part of a redesign to create cycle lanes in Goldstone Villas.

Brighton & Hove News reports that the bad feeling has been made worse by claims that they had been consulted about the proposals and were happy with them.

There are concerns that they will be pushed out of sight, with a new rank proposed in Station Approach although passengers would have to cross two lanes of traffic instead of one.

The entrance to the Hove Station Car Wash would be moved further east and more changes are planned nearer the Blatchington Road end of Goldstone Villas, including scrapping the mini-roundabout and closing off Eaton Villas and Clarendon Villas.

As drivers reacted to the proposed revamp, Labour councillor Jackie O’Quinn posted on a cab trade Facebook page: “They want to instal three zebra crossings around the station for pedestrians.

“Just by pressing the button on one of them you activate all three – totally unnecessary.

“I was told at a meeting last week that the taxi trade were very happy about having their taxi tank moved to Station Approach.”

After drivers made clear that they were not happy, Councillor O’Quinn said: “It was very naughty of them to imply you had been consulted.

“I asked what the taxi trade thought of being moved and would they lose any spaces. I was told you were quite happy with the change.”

As more drivers made clear that they had no knowledge of the newly announced scheme, she added: “I’m really annoyed about this. A bit typical of much that has taken place in the last couple of years.”

Andrew Peters, from the Brighton and Hove Cab Trade Association, said: “On Monday 4 July the taxi trade reps received an email from the council with plans to remove the rank from the top of Goldstone Villas, Hove, and to put it around the corner in Station Approach, effectively out of sight.

“We have reliably been informed by a Licensing Committee councillor that she was told that we ‘are happy with the rank moving’.

“On behalf of the trade, I can categorically state that we are not happy at all.

“Furthermore, we are extremely upset that there has never been any consultation on this, even though we had a trade meeting with the council in April.

“Additionally, we have only been given extremely short notice to submit our grave concerns about not only the removal of the rank but also about the severe lack of consultation as major stakeholders in this issue.

“We would like to make it very clear that this rank has been in place for well over 40 years and to effectively shove it out of sight is absolutely unacceptable.

“We have worked extensively with the council on the Valley Gardens Project with several one-to-one meetings so for this plan to suddenly appear without any prior consultation with the local taxi trade can only be described as an insult.

“We have always tried in earnest to work with the council but it cannot go without saying that we feel as if we have been completely dismissed.”