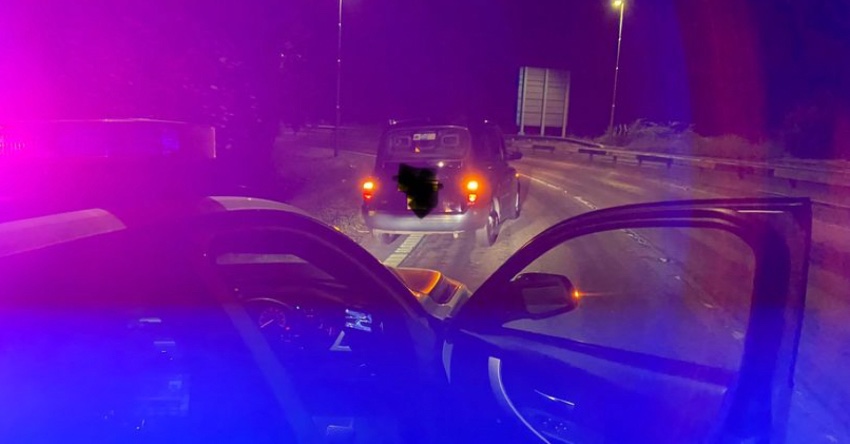 A taxi driver nearly crashed into a police car as he reversed up a motorway slip road.

According to the Liverpool Echo, on Tuesday, 21 June, at around 1.45am, officers from the road policing unit for Merseyside Police posted on Twitter about the incident.

Police said officers were on their way to an emergency and were about to join the M57 via the slip road at junction 2 when they came across the taxi.

Officers said they almost crashed into the vehicle as it was reversing up the slip road because the driver had taken a "wrong turn".

In a statement on Twitter, police said: "Patrol making an emergency response to a job and on taking the on slip to join the M57 at junction 2 they almost collided with this taxi that was REVERSING up the slip road because they ‘took the wrong turn’.

People also commented about the taxi driver's behaviour. One person said: "Taxi drivers drive for a living - surely they know the Highway Code?!"

Another Twitter user replied: "Unfortunately not all “professional” drivers act in a professional manner."

Another user added: "Crikey, a driver should lose their licence for that sort of behaviour."

Someone else said: "I presume he gets reported to the relevant council taxi licensing authority for his licence to be revoked."