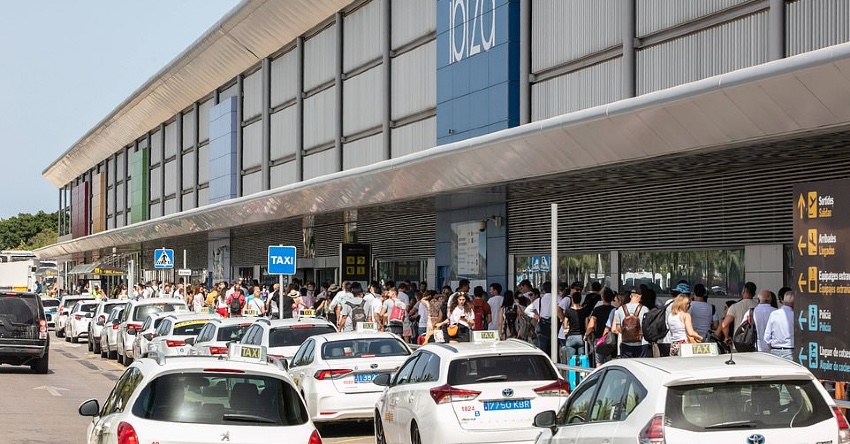 Holidaymakers who endured airport chaos in the UK are facing huge delays in Ibiza where driver shortages are leading to massive taxi queues.

The Daily Mail reports that travellers have struggled to secure taxis and public transport to their accommodation from Spanish airports, with chaotic scenes reported at Palma, Costa del Sol, Barcelona and Ibiza airports.

There are also lengthy queues at security desks.

It comes as an influx of UK holidaymakers opt for the EU nation for a getaway as covid restrictions continue to ease.

The president of one of the taxi driver associations, Biel Moragues, told the Majorca Daily Bulletin: "In the short term, it is impossible to find a solution. It's madness.

"Everything is being overwhelmed, it's unsustainable. This has never happened before. We can't handle all the traffic."

He added that there is an estimated shortage of 500 taxi drivers in Mallorca and that in Ibiza, the problem is twice as bad.

The Spanish Government has also come under fire for the lengthy queuing times at its airports.

Authorities have pledged to assign more police officers to the airports to reinforce controls in a bid to bring down queuing times.

But the ACAVE association of specialised travel agencies in Spain has said more officers will not be enough to prevent lengthy queues and congestion at certain airports, which they claim have lasted up to three hours in some.

Shocking scenes from around the country in recent weeks have shown holidaymakers stuck in huge queues with some forced to sleep on the floor of airports amid long delays.

Industry chiefs have pointed the finger at mass layoffs during the pandemic which saw staff let go because of the collapse in demand for travel during the various lockdowns.