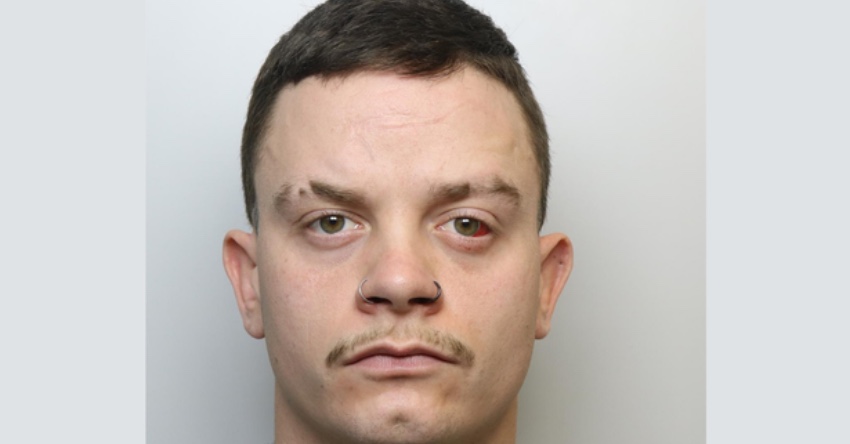 A would-be robber was bravely tackled by two men at a Hebden Bridge taxi firm when he came into the premises armed with a meat cleaver.

YorkshireLive reports that a judge heard on Monday, 23 May, how 28-year-old Tyson Cluckie walked into the premises of Valley Taxis on New Road wearing a balaclava and demanded £50 during the attempted robbery in the early hours of the morning one day last October.

But Cluckie was tackled by one of the men and, during a scuffle, the meat cleaver was knocked out of his hand.

Prosecutor Eddison Flint told Bradford Crown Court that Cluckie punched the two men and eventually managed to get away.

The meat cleaver was seized by police and a DNA profile later linked it to Cluckie.

Cluckie, from Hebden Bridge, was arrested the next day, but denied the offence and of being involved in two previous incidents.

Ten days earlier Cluckie had confronted a man who was waiting for a taxi in Hebden Bridge and after showing him the meat cleaver the robbery victim handed over £20.

A few days after that Cluckie tried to steal property from another man again during the early hours of the morning.

Cluckie, who had no previous convictions, eventually pleaded guilty to charges of robbery, attempted robbery, theft and possession of a bladed article in a public place and he was jailed for three years and ten months.

The court heard that at the time of the offences he had stopped taking medication and his mental health had deteriorated.

He was said to be remorseful and apologetic for his offending.

Judge Ahmed Nadim accepted that Cluckie’s fragile mental state may have contributed to his crimes, but said taxi operators provided an important and valuable public service and were often seen as a soft target.

“Therefore the public interest requires that they be appropriately protected by appropriate and proportionate punishment,” he told Cluckie.

The judge said the attack at the taxi premises was an attempted robbery only because the victims showed great courage in resisting Cluckie’s demands.

The court heard that Cluckie was a Canadian national and he faced being returned to his native country after serving half of his three years and ten months prison sentence.