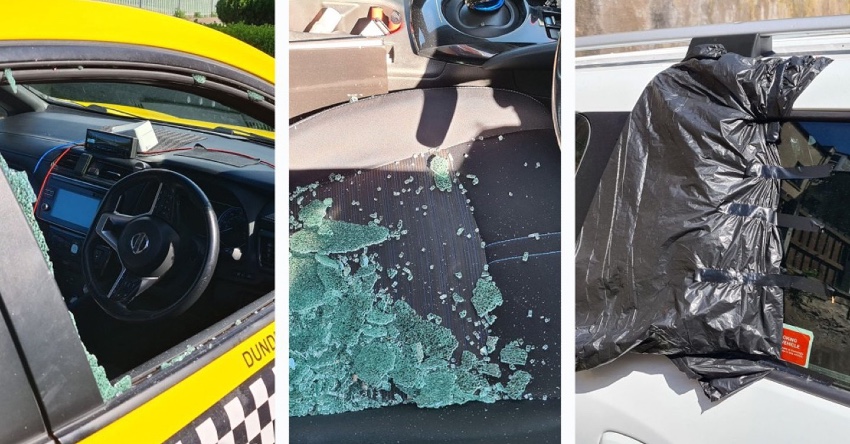 Dundee taxi drivers have been left unable to work after a spate of break-ins where several cabs have been damaged in smash-and-grab raids, with equipment used to process fares stolen.

According to The Courier, City Cabs Dundee confirmed three of their fleet have been targeted in recent weeks.

Driver Scott Petrie’s Nissan Leaf was damaged while it was parked in his driveway on Huntly Road.

The 54-year-old has been forced off the road since the theft, whilst he and his employer work with insurers.

He said: “A neighbour saw a boy in his 20s wearing dark clothing fleeing the area on a bike after they heard the glass smashing.

“They’d taken the taxi PDA which we log on to process jobs, I can only assume the person thought it was a mobile phone.

“Thankfully a member of the public found the device about ten-minutes walk from my address.

“The issue we’ve got now is getting the insurance sorted out for the car repairs.

“It’s a massive frustration that this has happened and I’m now off the road as a result.”

His white Dacia Logan was damaged on nearby Kemnay Gardens in Craigie earlier this month and the 40-year-old was forced off the road for a day and half.

He said: “I got my PDA stolen and it was the back window at the driver’s side that was smashed.

“As a result of the damage I was forced off the road for around a day and half, which is a nightmare as you’re losing money.”

Mo Dobson, who lives in the Kirkton area of the city, said things were stolen from his car last month.

The 36-year-old taxi driver was off the road for a week while repairs were carried out.

He said: “There wasn’t anything of any worth taken but there is a negative impact with the vehicle being off the road for around a week.

“They smashed the glass on the front driver’s side door on Beauly Crescent.”

He added: “The office were back and forth with the insurance trying to get it sorted and that added to the delay.

“We’ve heard there has been an increase in taxis being targeted.

“It was Peugeot Partners at first but now it appears any taxis are being hit.

“If a driver is off the road for a week that's a big loss of earnings.”