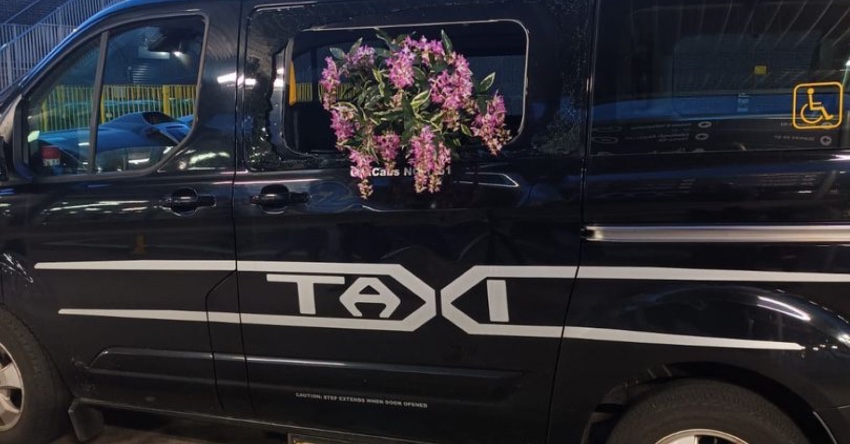 A yob threw a plant pot through the window of a Glasgow black cab before allegedly attacking a taxi driver.

According to the Daily Record, police have launched a probe after the incident, which took place at the Buchanan Bus Station rank, off Cowcaddens Road, at around 9.30pm on Wednesday, May 11.

A picture taken from the scene showed the flowers hanging out the window after the pot smashed straight through.

Some pink flower heads and smashed glass can be seen scattered across the pavement and road.

Following the incident, the thug allegedly tried to attack a driver before sprinting off from the scene.

Shocked locals watched on as the terrifying incident unfolded in front of their eyes.

One witness told the Record: "A guy threw a huge plant pot containing flowers through the window of the taxi - then threw it at another driver after he tried to stop him.

"The flower pot took out the window and caused a lot of damage.

"Another driver tried to help and he got attacked - then the guy ran off and wasn't caught.

"It's all on CCTV and it's been reported to the police."

Officers say their enquiries into the incident remain ongoing.

A Police Scotland spokesperson said: "We received report of a disturbance at the taxi rank at Buchanan Bus Station in Glasgow around 9.30pm on Wednesday, May 11 .

"Enquiries into the incident are ongoing."